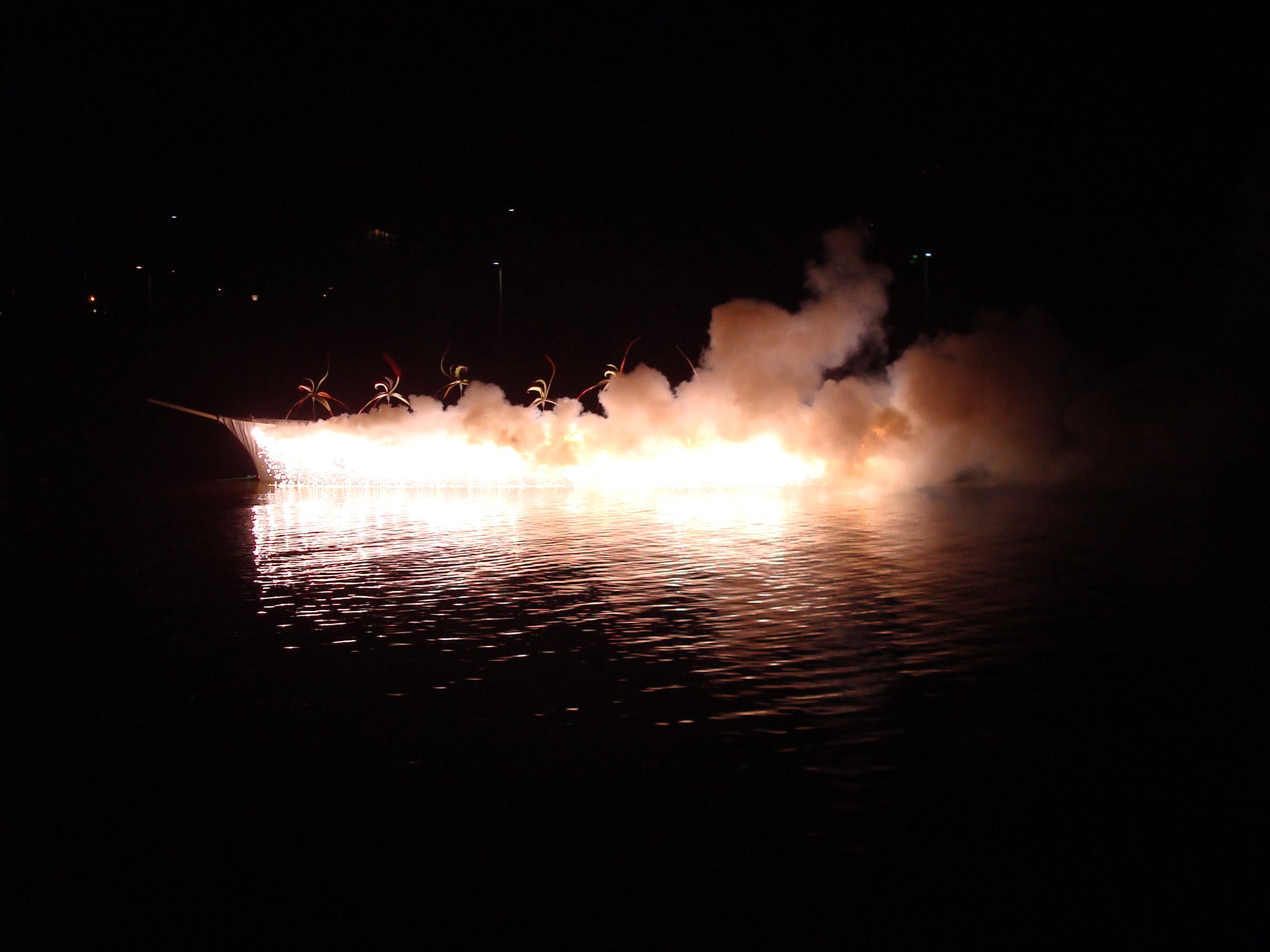 Carmel Wallace worked with her local Portland community to produce Illuminated by Fire, an artwork that explores fire in a maritime and coastal context. The work is constructed as an 18 metre ship’s hull filled with giant sculptural interpretations of Mellblom’s Spider Orchid, indigenous to Portland and dependent on fire for survival.
The floating hull references the ship New Zealander that brought 465 emigrants from Scotland and Ireland to Portland in 1853 before it burnt to the waterline in the harbour, where its wreck still resides. The work is not intended to be a replica of this sailing ship, but a creative interpretation where sails are reworked to form the covering of the hull. In 2010 a squid boat also caught fire in Portland Harbour, indicating the ongoing relevance of the issue of fire in the local maritime environment.
The New Zealander story is pertinent in both historical and contemporary senses. The ship sculpture embodies the metaphors of freedom and new life, and of nurturing and regeneration – it cradles precious and rare native coastal orchids that were thought to be extinct for 30 years before being rediscovered after a fire on the local heathlands.
The performance culminated in pyrotechnic shows in Portland Harbour on 26th January 2011 and on the Yarra River in Melbourne from 28 June to 2 July 2011. It also featured the historic Portland whaleboat William Dutton captained by Bob Stone with piper Daryl Boyle in the bow.
A short film produced by Peter Corbett, with original music-score by Michael Wallace, was specifically commissioned as part of this project and shown both at ACMI and on the big screen in Federation Square.